You, hope of early spring,

Ablaze upon the lifeless branch,

Bloom forth amidst the snow;

And conquer the dark night

With your bright courage!

Raise your sweets to heaven,

Herald of the coming year;

Push back for us the past

With your strong hope,

That we, too, may rise again


The TFE has suggested that we light a candle for loved ones we have lost. I offer this poem as my candle in honor of those friends and loved ones whose lives made mine brighter with their sweet lights and whose spirits will always shine on for me, especially Grandma Jo, Donnie, and Uncle Sanford. The poem is both a prayer and an acclamation.

The plum blossom, one of few flowers that blooms in the snow, is a traditional sign of the New Year for the Chinese. The words on this scroll, part of an ancient poem, roughly translate: “The fragrant blossoms bloom, unaware of the cold winter.”

I wish for you a season filled with blossoms and a year of unending joy. Happy New Year and to Auld Lang Syne.

Thanks to the TFE and Dave of Pics and Poems for the inspiration, and to http://orientaloutpost.com for the image. 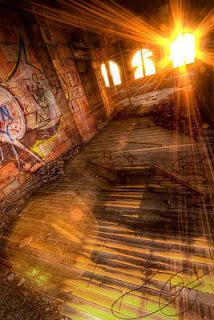 Giving up on innocence

And on our thrones;

Our arms are full of myrrh

As we move forward

This poem was inspired by the ReadWritePoem picture/prompt. I don't know why it made me think of the flight into Egypt; perhaps it was the season or the homily I heard on Sunday, but here you have it. 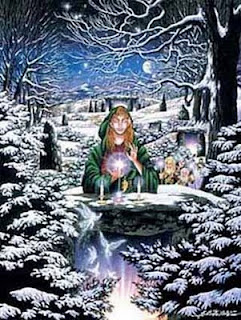 A Poem for a Winter's Night


December 21 is the Winter Solstice, the shortest day of the year, which throughout history has been considered a day of beginnings and endings, of rebirth and reversals. For me, it's my birthday. As a child, having a birthday four days before Christmas wasn't much fun. The day got lost in the bustle of the holiday. As an adult, I've come to love the day as a milestone for which I am grateful. Every year of my life has been enriched by the love of my ever expanding family and friends and my love of the beauty of this earth.

Having said that, I want to say a few words about the poem that follows. Yes, it was inspired by my birthday, and yes, it has some elements of autobiography, but few - very few. One reason for my poetry secret is this poem. I love it. It is one of the few poems I've written of which I wholly approve, and yet, it is the one poem I could never share with my parents. There is too much autobiography in it for them to be able to get past the facts and just enjoy the story.

So, in honor of my father, who would feel so hurt by this, let me tell you the truth behind the tale: I was born on December 21. My father was not at home that night. When I was born, my face was covered by a thin veil of skin commonly called a caul. According to legends, children born with a caul are supposed to have psychic powers.

That's it -- the autobiography behind the poem. The rest is pure fiction set in the Appalachian hills and hollows I so love. I posted it here last year, but as most of you weren't with me then, I post it again in honor of the solstice and my own birthday. I hope you enjoy my secret!

Her father strayed from home again that night,

So neighbors took her mother to give birth

And waited for the errant man to come

And watched the snow that piled upon the earth.

That winter night was shortest of them all,

When caul-born child was laid upon the breast

Of woman filled with sorrow and with woe

The doctor said there’s nothing for concern,

That babies born with covered heads are fine.

He skinned the child of soft, encircling womb

And cut the cord and tied it off with twine.

A child so born had once been thought a boon

To ships that sailed to lands upon the waves,

And sailors paid a fortune for the skin

That kept them from the depths of watery graves.

But when her father learned that she had borne

A veil that hid a face with dark black eyes,

As black as dirt of coal upon his hands,

He hawked onto the snow and made a sign.

“Protect me from the evil eye,” he said,

“Of babies who can steal your dreams at night

And take the sleep from out your lonesome bed

And fill your waking days with fear and fright.”

“Doc should have let her stay there in her bag

To drink that water where she learnt to swim.

He should have left her to the will o’ God

And left us to enjoy the peace o’ Him.”

Yet as a child is wont to do, she grew,

A strange and somber fairy child, they said,

And every night before she went to sleep,

She turned her mind upon their loathsome bed.

The child brought forth beneath the wintry sky,

The shortest day and evening of the year,

Sent mother all her joy, to father -- fear.

With passing of the years the girl grew fond

Of rambling in the hills to learn the ways

Of women who could cut a willow twig

Or blow out fire or take a wart away.

But as she hunted ginseng root for tea

To make a heart beat strong or heal a wound,

She always thought of him whose thought that day

Was that she was the twig who should be pruned.

Her stature grew in magic and in art;

She bent their use according to her will.

To those in need she gave what help she could,

But unto him who bred her -- only ill.

One day as she was digging by the stream

That ran behind the tipple for the coal,

She felt the hair arise upon her neck

And knew that nearby lurked an evil soul.

She heard his jaunty song before she saw

The man of heart much blacker than the seam;

She hid herself from him among the reeds

And willed him to the depths to meet his dream.

He felt the pull of water and of thirst

And need to wash the coal dirt from his hands,

So down he stooped there on the river’s edge

And looked through swirling water to the sands.

Beneath the water’s twist he seemed to see

A babe within a bubble all encased

That moved beyond the reach of his long arms

But strained toward him for watery embrace.

He stretched his arms to grasp the thing he saw,

Said, “Eyes play tricks on me, I know, this day;

Or clouds have come to shadow out the sun

And hide the things of sense from sight away.”

The sand beneath his feet beside the stream

Began to fall then shift and then to run,

And up from out the reeds his daughter rose,

The one whose face was hidden from the sun.

He saw that face reflected in the pool;

Her eyes there darker than the darkest coal

That stained his mind and filled his evil heart,

The waterchild that sucked at his black soul.

He turned and clawed with hands for purchase there

But pulled away the film of soft, smooth skin,

A shimmer that had covered fine dark hair

And held the heart that he had scorned within.

He fell beneath the eddies of the waves

That washed the black of coal from off his face,

And in a bubbled caul he sailed away

Cradled by the fairy child’s embrace.

The December moon consecrates the night,

A host that shines upon the sleeping earth,

And we, abiding in its precious light,

Are graced by the divinity of birth,

A communion of wind and stars and trees

And meteors that lead across the sky

And waves that rush and curl the foaming seas,

To bless us with earth's sacramental signs. 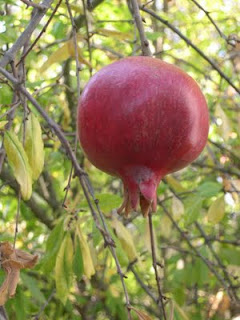 He is drawn by scented beauty,

And it is among soft roses that he finds her,

Following her sweet song, a melody

Half-remembered from some ancient time

It carries on the wind, and he, his black heart breaking,

Feels passion’s heat crack the ice that holds him,

So that he spurs his sable steeds through the flowery field

To scoop her up, rending her skirt as he grabs her,

Sending buds and stems flowing behind them

As they streak to the maw of the cave.

It is the sunrise

That she misses most.

As far as she can see.

Through endless days and nights

Here in the belly of the earth.

When she squints she thinks

She can almost see

But she knows all along

That the horizon is above her

And the moon that hangs

Of this dark and silent world.

The goddess is arrested --

A shriek borne on the wind,

An echo of old fear,

And her mother’s heart

Races faster than her feet

As she crosses the land

To seek her missing child.

What is this fabric caught on thorns?

What marks on this burned path?

Leaving grain to rot on stems

And grapes to shrink on vines,

She paces her great grief,

By the darkness where she cannot go,

And we, without her bounty,

Fall into famine, searching for succor

And finding only snow.