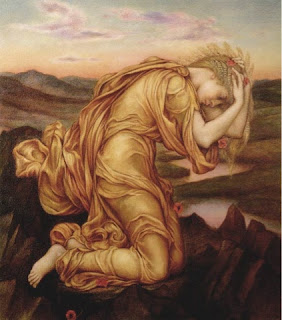 She spreads her hands
where she stands; treads
through sands that shift
beneath the drift of Time's
lifted breath; she sifts
for gold -- for days of old --
but finds she holds only chaff,
chaff that is damp and cold.


Only open diner Christmas Eve,
somewhere between Kansas City and Abilene,
old bum, hobo smell -- hooch, rot gut breath
from toothless gums. Dirt and sweat and grease.
Peep-eyes and patty cakes,
arms that ache to hold something.
Such as these. Such as these. Suffer the little children
to come. Such as these. 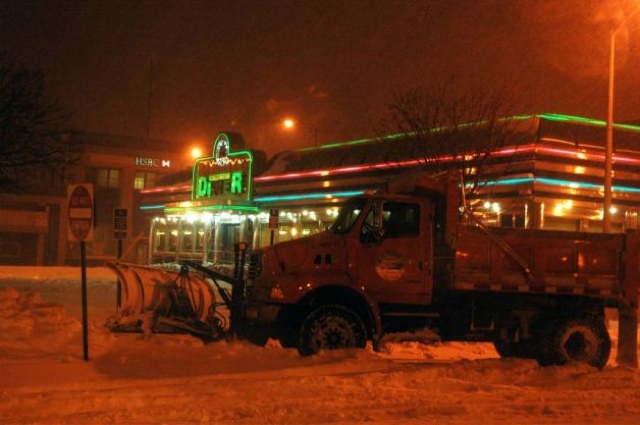 Kerry at Imaginary Gardens with Real Toads encourages us to write about "pastiche." 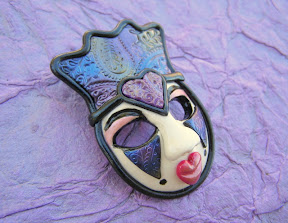 Piece of Work
(for R)


You would love
the sound,
so French,
and you, so
urbane, so
je ne sais quois...
I can see you,
lips a coral megaphone
against your small white teeth,

Pull the last syllable
like strung pearls.
Look it up,
you think it's you,
formed, as you love to say
from disparate sources.
Your parents
in their snarl and tangle
create,
reproduction
at its finest.

Standing as you do
inside the frame,
you count each stroke
a master,
adjust the light
just so,
the better to be seen.

Standing with the crowd,
I see pastiche.
Burlesque, mish-mosh,
mockery, send up,
cartoon. Take off,
a sham,
and you, my dear,
on your turquoise heels,
you wear your patchwork
like a queen.

Warning: if you've been a friend for a while, you can just go on back to whatever you were doing before the Mayan Apocalypse. You've read this already, since I post it every birthday.

A little background: I was born on December 21. When I was born, my face was covered by a thin veil of skin commonly called a caul. According to legends, children born with a caul are supposed to have psychic powers. That's the autobiography behind the poem. The rest is pure fiction set in the Appalachian hills. *My father is a truly wonderful man whom I love fiercely (just so you know).

Her father strayed from home again that night,
So neighbors took her mother to give birth
And waited for the errant man to come
And watched the snow that piled upon the earth.

That winter night was shortest of them all,
When caul-born child was laid upon the breast
Of woman filled with sorrow and with woe
For husband gone and child aborn unblessed.

The doctor said there’s nothing for concern,
That babies born with covered heads are fine.
He skinned the child of soft, encircling womb
And cut the cord and tied it off with twine.

A child so born had once been thought a boon
To ships that sailed to lands upon the waves,
And sailors paid a fortune for the skin
That kept them from the depths of watery graves.

But when her father learned that she had borne
A veil that hid a face with dark black eyes,
As black as dirt of coal upon his hands,
He hawked onto the snow and made a sign.

“Protect me from the evil eye,” he said,
“Of babies who can steal your dreams at night
And take the sleep from out your lonesome bed
And fill your waking days with fear and fright.”

“Doc should have let her stay there in her bag
To drink that water where she learnt to swim.
He should have left her to the will o’ God
And left us to enjoy the peace o’ Him.”

Yet as a child is wont to do, she grew,
A strange and somber fairy child, they said,
And every night before she went to sleep,
She turned her mind upon their loathsome bed.

The child brought forth beneath the wintry sky,
The shortest day and evening of the year,
Born safe within a lonely veiled cocoon,
Sent mother all her joy, to father -- fear.

With passing of the years the girl grew fond
Of rambling in the hills to learn the ways
Of women who could cut a willow twig
Or blow out fire or take a wart away.

But as she hunted ginseng root for tea
To make a heart beat strong or heal a wound,
She always thought of him whose thought that day
Was that she was the twig who should be pruned.

Her stature grew in magic and in art;
She bent their use according to her will.
To those in need she gave what help she could,
But unto him who bred her -- only ill.

One day as she was digging by the stream
That ran behind the tipple for the coal,
She felt the hair arise upon her neck
And knew that nearby lurked an evil soul.

She heard his jaunty song before she saw
The man of heart much blacker than the seam;
She hid herself from him among the reeds
And willed him to the depths to meet his dream.

He felt the pull of water and of thirst
And need to wash the coal dirt from his hands,
So down he stooped there on the river’s edge
And looked through swirling water to the sands.

Beneath the water’s twist he seemed to see
A babe within a bubble all encased
That moved beyond the reach of his long arms
But strained toward him for watery embrace.

He stretched his arms to grasp the thing he saw,
Said, “Eyes play tricks on me, I know, this day;
Or clouds have come to shadow out the sun
And hide the things of sense from sight away.”

The sand beneath his feet beside the stream
Began to fall then shift and then to run,
And up from out the reeds his daughter rose,
The one whose face was hidden from the sun.

He saw that face reflected in the pool;
Her eyes there darker than the darkest coal
That stained his mind and filled his evil heart,
The waterchild that sucked at his black soul.

He turned and clawed with hands for purchase there
But pulled away the film of soft, smooth skin,
A shimmer that had covered fine dark hair
And held the heart that he had scorned within.

He fell beneath the eddies of the waves
That washed the black of coal from off his face,
And in a bubbled caul he sailed away
Cradled by the fairy child’s embrace. 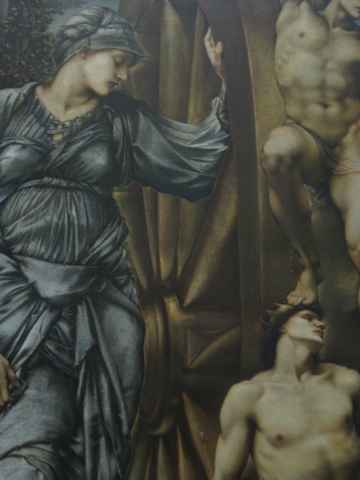 Now I lay me
down to sleep
I pray the Lord.
Amen,

though I crawl
through the valley
of the shadow,
I fear.
Amen, 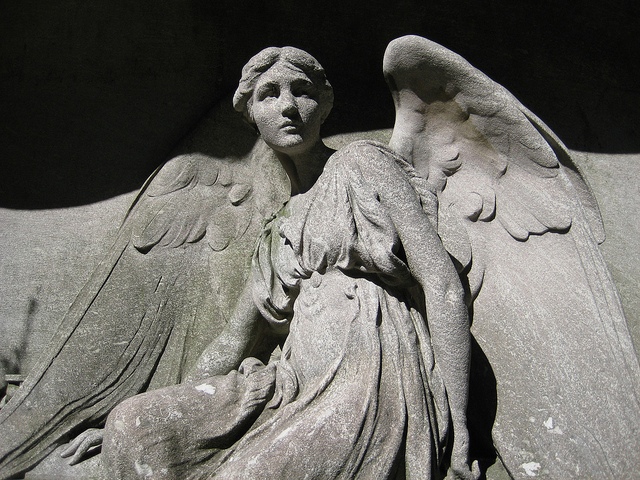 Yea, Though I Walk

Yea, Though I Walk

If I could lose this loss
By stealth or wealth or any way...
If raging, sounding winds could toss
At end of day,
This heavy void as if there were no cost,

Then I would count none lost.
But there is so much more to this:
I, miser, clutch at my pathos;
Abandoned bliss
Becomes the Desert That I Cannot Cross.

In Valley I am lost;
The blowing sands obscure my view.
The hole I hoard becomes my cross --
My crucifix.
I worship now the sorrow that was you.


This form poem was suggested by a Dante Gabriel Rossetti poem and encouraged by Imaginary Gardens for Real Toads on December 1. I've been wandering through this particular desert for a week or so. Better late than never...I think! 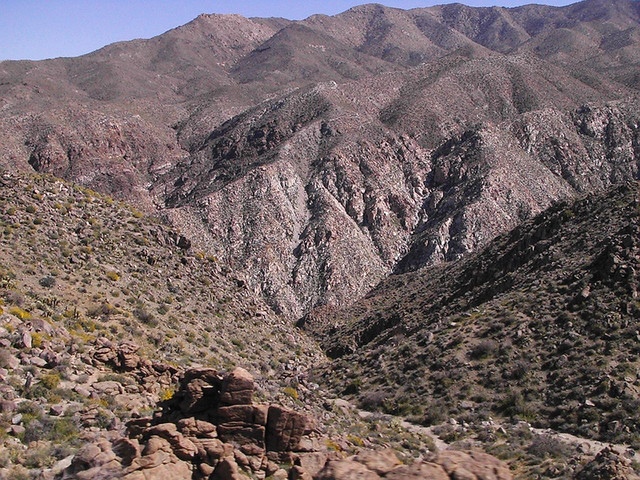 After midnight,
her cells thirst
for something.

Synapses spark
along the wires
of her brain.

SOS
Save this
old sailor,

adrift at sea
on a rotting
raft,

surrounded by salt
and longing
for drink. 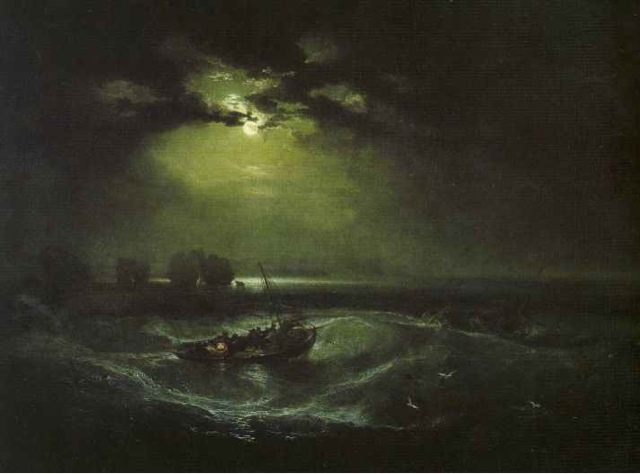 dancing with the sad bear

dancing with the sad bear 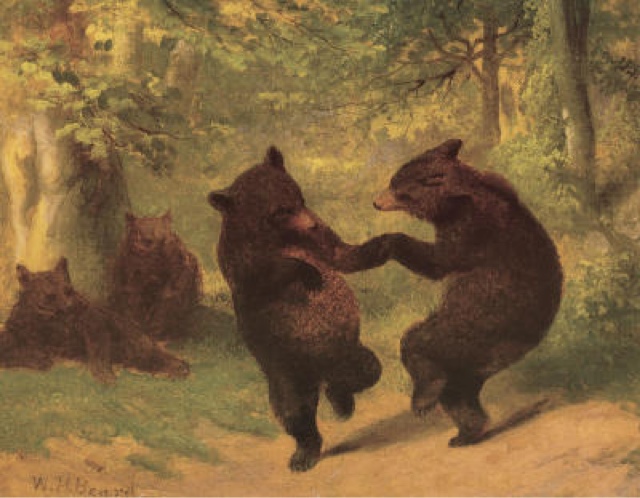