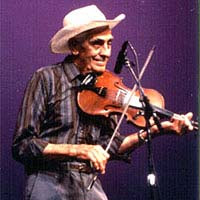 This week's Bus ride brought me straight back home to West Virginia and the summertime kick-off festival in Charleston, the Vandalia Gathering. The festival features traditional music, storytelling, dance, arts, crafts, and food, and a way of keeping the old ways alive for the young. I t is always held on Memorial Day weekend and feels like the beginning of summer.


To see where this week's trip took the rest of the passengers, visit Bill at Usually Confined.

By way of explanation for the title:


In 1768 Benjamin Franklin and the Great Ohio Company proposed the creation of Vandalia as the14th colony. It would have included almost all of present , except for the Eastern Panhandle, and much of . The name was a gesture to Queen Charlotte, wife of George III, who proudly claimed descent from the Vandals through her birth to German nobility. The plan almost came to fruition in 1772-74, until the deteriorating American political situation made the British government back off.

The word Vandalia became synonomous with the desire for a free government in the mountains of West Virginia.

the fiddlers tune their fiddles

the neighbors spread the straw

the children hunt for lizards

beneath the scented boughs

there’s a hush of empty churches

the birds are stalking berries

stories for the children

who kiss their sunken cheeks

up and down the streets

mountain music in the air

my senses take me there